La Foresteria Luxury Suites is located in Via del Tritone, one of the historic streets of Rome that connects Via del Corso with Piazza Barberini. Built in the 80's of the 19th and 20th centuries, Via del Tritone has also recently been awarded the brand new La Rinascente store, a point of contact between many tourists and Made in Italy.

You can not speak of Via del Tritone but without mentioning one of the most important symbols of the city of Rome, the Trevi Fountain.

The Trevi Fountain is the largest fountain in the city and is also the most famous being "immortalized" in many historical films. 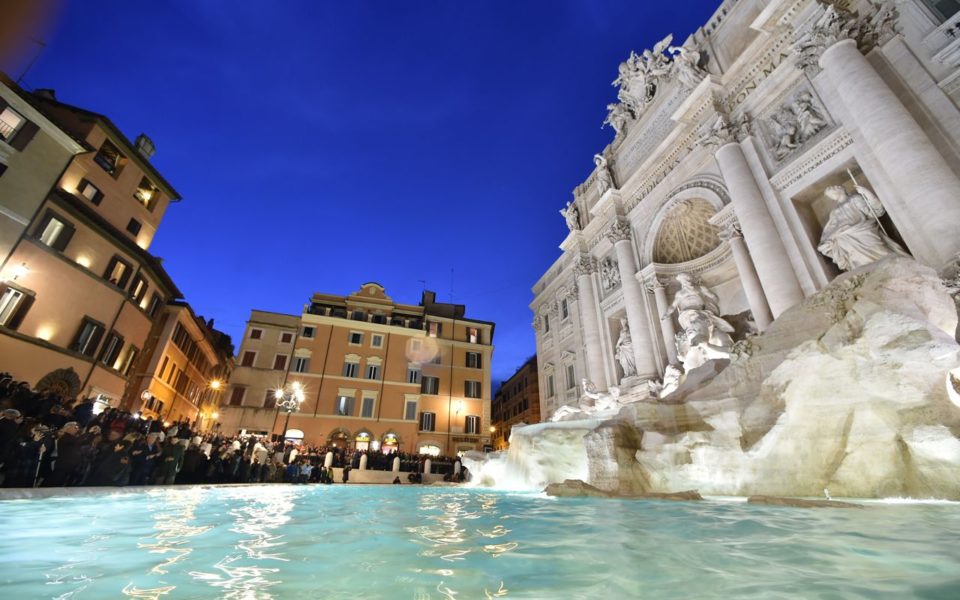 Trevi Fountain was designed by Nicola Salvi and was completed by Giuseppe Pannini in 1762, in late Baroque era. The theme of the composition is the sea and was built using travertine, marble, plaster, metals and stucco.

As mentioned, it has been quoted in many films, including the "La Dolce Vita", a film by Federico Fellini of 1960, featuring Marcello Mastroianni and Anita Ekberg, who are involved in the famous "Bath in the Fountain". And we still remember Toto's films, Mario Monicelli and other great directors with international actors.

The La Foresteria Luxury Suites customers will therefore enjoy one of the most photographed beauties in Rome and will respect the ancient tradition of launching the coin inside the fountain.

For those who did not know, according to tradition, throwing a coin in the fountain, with eyes closed and turning away from Palazzo Poli, would propose a future return to the Eternal City. There is no sure thesis about the origin of tradition, but the most acclaimed is the redesign of the old custom to throw in the sacred sources of the little gifts to "secure" the favor of the local divinities.